France has long been at the forefront of producing some of the most progressive artists in electronic music. A few names that immediately jump to mind include Justice, M83, and of course Daft Punk, artists who have emerged producing an original sound completely of their own. As electronic music has emerged into the mainstream, much of what has been put out is practically indistinguishable from one artist to the next, yet Clozee, one of France’s fastest growing rising stars is proof that the creative spirit is still very much alive in the bass music community. With heavy bass and deep flowing eastern vibes, Clozee produces a cutting sound that transcends culture and convention, blending sin with the sacred, confronting you with the dance floor griminess of the Godhead. That she titled her latest album Revolution is no coincidence, as Clozee consistently puts out some of the most progressive sounds in bass music. I caught up with her at Sonic Bloom and she was kind enough to invite me into the mind behind her music.

Your new album is called revolution. Why did you name your album that and what are you trying to explore within that name?
Well it started with a dream I had. The dream was sort of representative of nature against humanity, of how humanity has invaded and manipulated nature. If you look at the cover art for the album you’ll find it to be a reflection of that dream. I also always try to incorporate organic elements in my music and so through these ideas I wanted to try and assert this idea of a revolution of organics into the digital age. 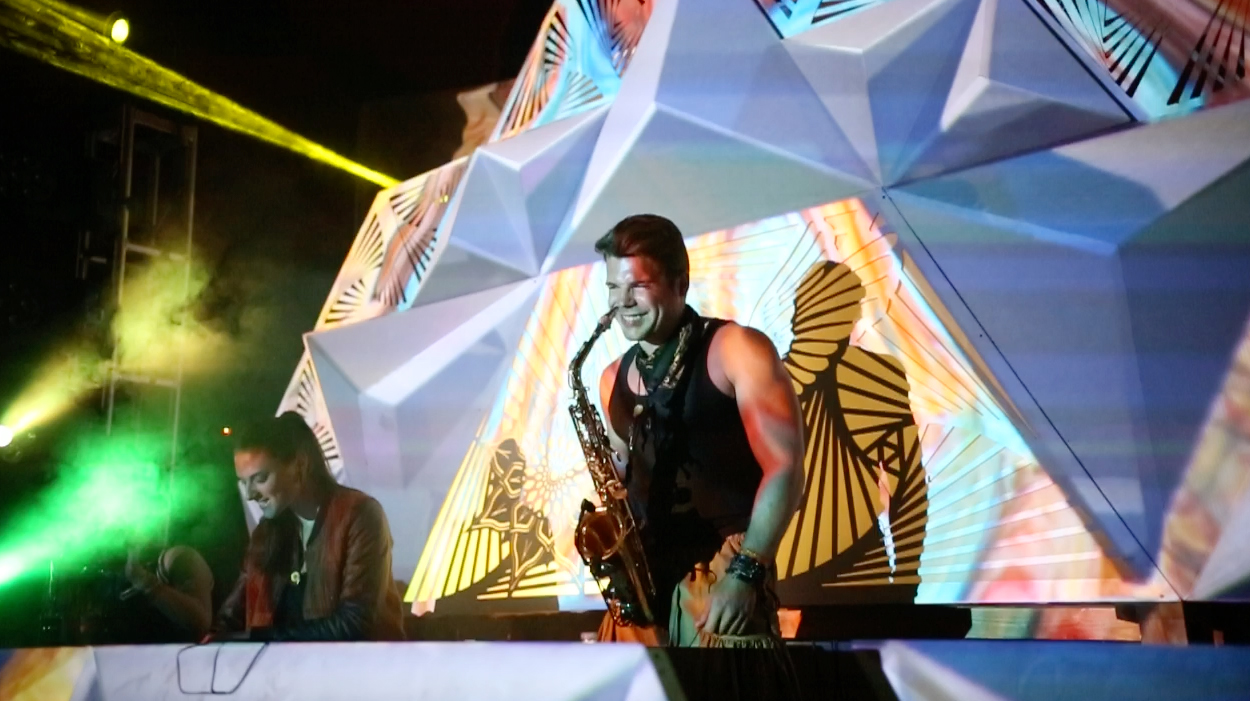 So not long after Revolution came out a remix album came out shortly thereafter. I’ve gotta say the lineup of producers for the album is very impressive. You’ve got Digital Connection, Electrocado, Sixis, Ill.Gates, just a really good lineup of well recognized as well as up and coming producers. How do you feel about that sort of support for your music and the album in general?
I feel really, really satisfied and excited about it because everybody said yes even in the cases where their music was a bit far away from my style like in the case of Sixis or Electrocado, but I wanted a really eclectic lineup of producers, so I reached out to my friends, all of my really talented friends, and everybody said yes and it feels amazing.

You are a producer for Gravitas, a label that is very well rounded as well as very up and coming. How do you like being a member of the Gravitas team?
Actually I got hooked up with them very randomly. A friend of mine sent me a link to the Mr. Bill “Cheyah” remix contest and I won second place after Haywyre. They came back and said, “well we want to release something with you,” and I already knew of other amazing artists that were on the label so I was really excited to have the opportunity to be a part of it. But yeah the meeting was totally random, if I hadn’t taken place in the remix contest then I might never have joined. It’s just a big family, amazing people, amazing music, who are very passionate in their approach.

Yeah, Gravitas is very hard hitting with their lineup of bass music producers but it has a very eclectic feel to it as well which I think your style contributes to very well.
Yes, that’s exactly how I feel, a very eclectic label 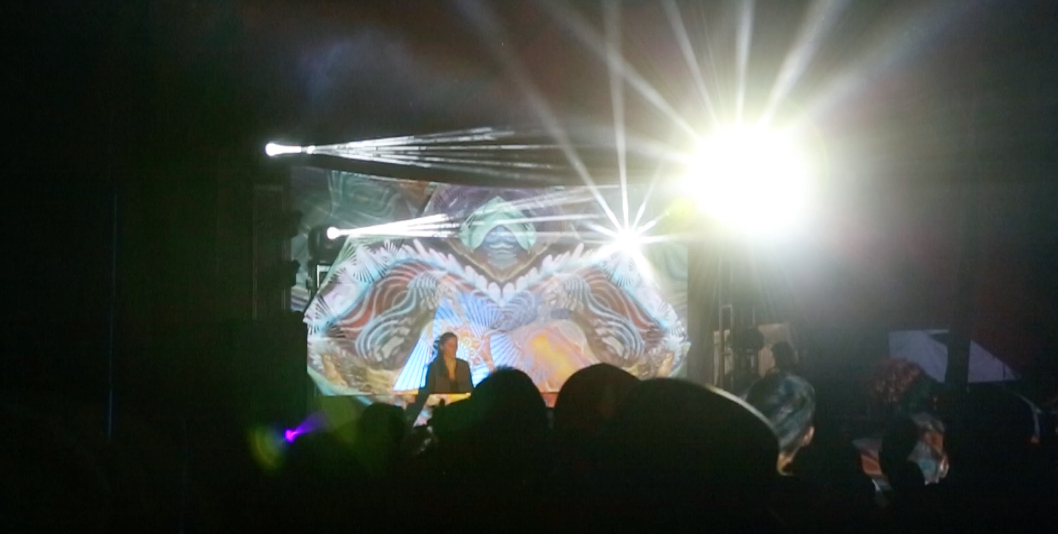 In your music you explore very deeply the Eastern sound. What draws you to that style in particular?
I love to listen to Native American music and just world music in general. When a song can make me travel in my head just by listening to it that’s what I love, that’s what makes me feel the best music wise, so if I can make people be able to travel in their head for free then that’s what I want to do.

I personally love that you do that and the fact that you’re French producing Eastern sounding music draws me to you that much more. Some people though, particularly here in the west would say that what you’re doing is cultural appropriation. What would you say to those people?
I just love music and this is the music I feel, it’s what resonates with me so I’m naturally just drawn to it. Music is universal. I’m not trying to offend or insult anybody’s culture, if anything I’d say I’m paying homage to it, I appreciate it enough to let it influence me and share with other people. The sound is beautiful and unique and has stood the test of time, I don’t think I’m degrading it in anyway, but rather paying homage to and evolving the music that came before me.

So in that regard how do you see bass music progressing and evolving now?
Hmm tough stuff. It’s hard to say because electronic music can go anywhere. I’m sure we will start to see more sub genres rise out of this, I’m really excited to see what people will create out of it, it’s just unpredictable because sub-genres have a tendency to cannibalize themselves within the sub genres, but at the end of the day it pushes the art and the sound however you approach it. Bass music is so popular because of the energy and the feeling that comes out of it, that is undeniable. You just don’t get the same feeling out of treble and mids. Bass music is energy, it’s something you feel. People want to escape their daily lives, check out, and recharge their batteries so they can return to the daily world and be determined and motivated. It fuels the population and increases productivity.

Do you see the same sorts of elements of visionary culture in Europe that you see in America?
No, I had never heard of Alex Grey or Android Jones before I came here. Everything is here in the U.S which is crazy, maybe the psychedelics are better here in the U.S or something.[Laughs] Honestly, people really know how to find the better psychedelics here and the psychedelic experience is an important part of visionary culture. 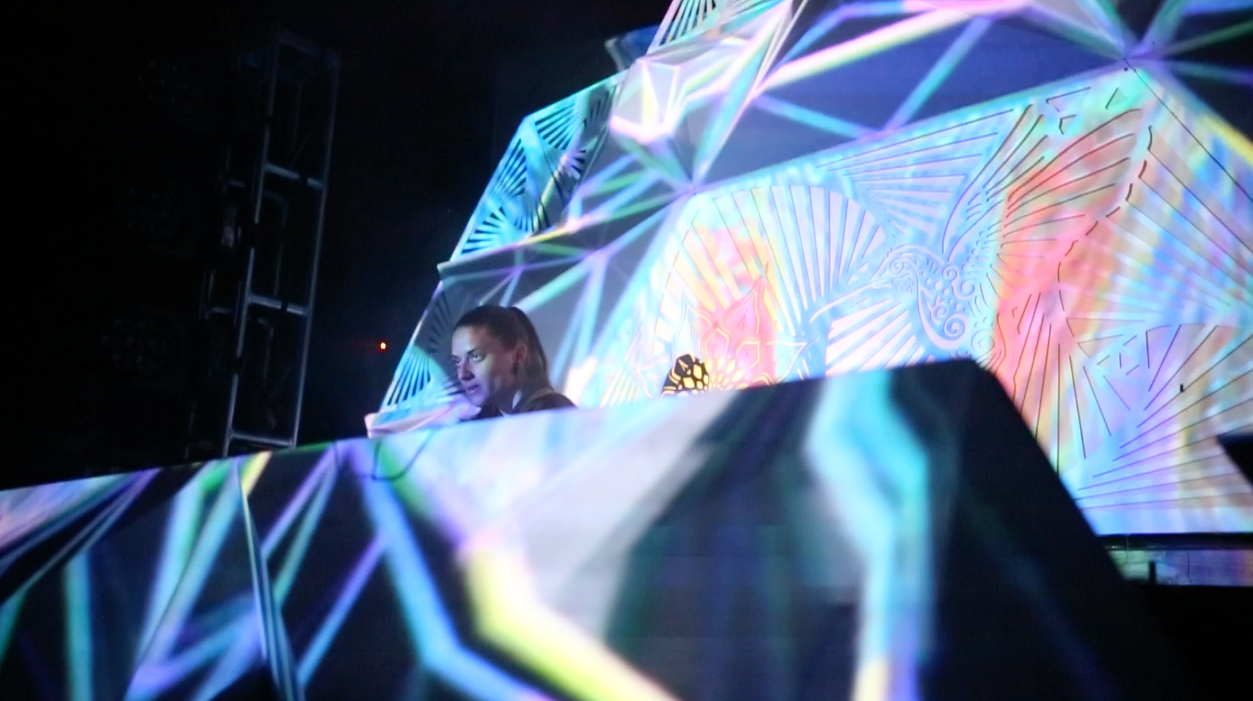 Has the psychedelic experience contributed to your art and spiritual progression?
The first time I did DMT was here in the U.S was crazy for me, listening to Tipper. Being able to connect with the idea that my brain is picking up these signals and producing them in my head was a very new idea to connect with. I don’t know if it helped me produce or compose, but definitely opened my mind more. Also with visionary art, before I couldn’t understand any of it, people who haven’t taken LSD or psychedelics don’t get it, but now I am understanding it and can appreciate it more and more.

I have one final question for you, it’s a topic that’s been hot on my mind and one that I like to explore in my writing and it consists of the idea that I feel like there is an awakening happening. Do you see an awakening happening?
In general?
Yes
Yes. Probably thanks to the internet now that there is way more information going out and people can and are being able to address it with a more critical mind. Of course all of the festivals have helped also, people are really talking about it, everything here internationally, which is great because people take these experiences here and share them through word of mouth marketing. That’s how they share the arts, the love. If there is someone you really care about you would tell them “hey you need to see this, because it’s eye opening.” We have such an amazing platform here to integrate and the ideas that are being expressed here in this community are really starting to catch hold and I think it’s amazing. 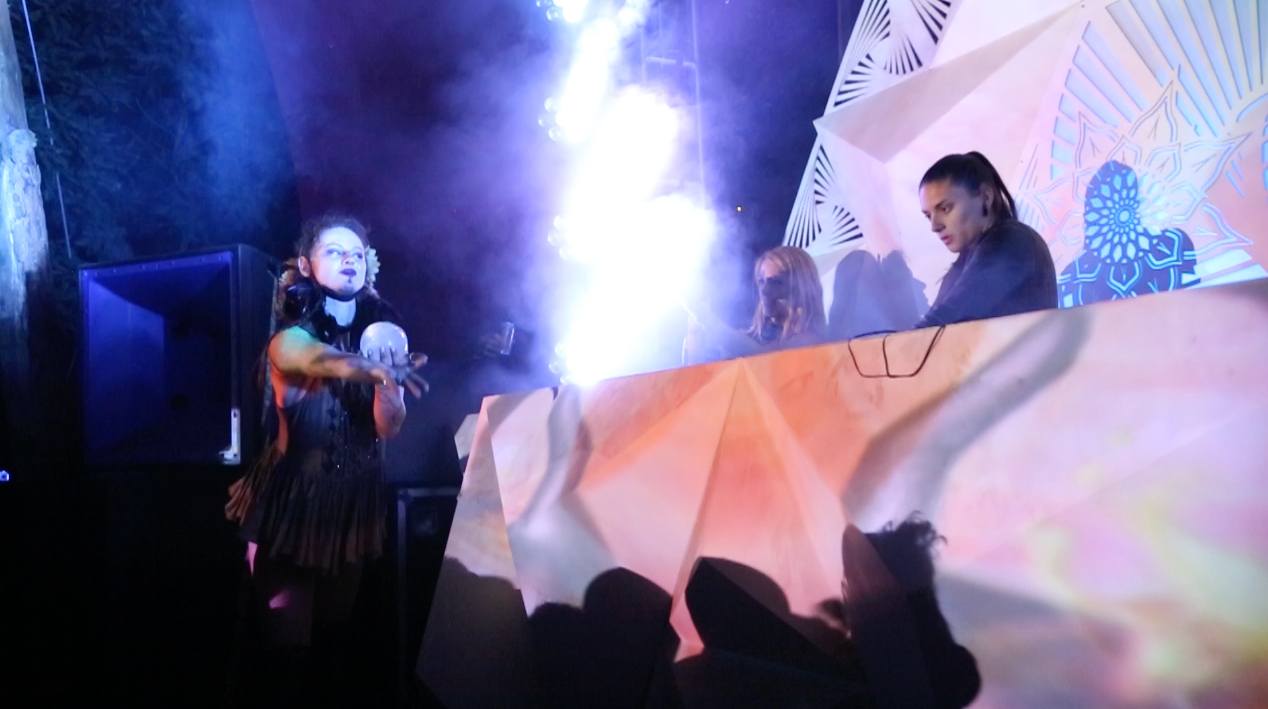 Buckley Rue hails from Fort Worth/Austin Texas. He graduated from the university of Texas at Austin where he has a degree in Religious Studies with a minor in Psychology. He is the school’s founder of Students For Sensible Drug Policy and has a deep passion for psychedelic therapy. He is currently wrapping up a novel titled “Afterlife”, about the rise of The American rave culture, the coming revolution in consciousness, and the dawning of a new age for mankind.

Check out Rue’s book, Afterlife, a story of individual and global transformation which explores the depths of mental illness, religion, life, death, and the American way of life; laying down a prophecy with the potential to reshape life as we know it.