Oregon Eclipse: what a week! What to say? Where to begin? The experience packed into that week was so far beyond words, that faced with the task to sit here and describe it to you is a humbling pursuit. A week of the best music and festival production I have ever seen in my life, topped off with a cosmic event, the nature of which, I may never see again, the global eclipse gathering was truly a once in a lifetime experience.

To begin: there was the line to get in. Some people paid extra for early entry, which ended up to by and large not be a thing. The few people I talked to who did pay for early entry ended up waiting in line for up to 20 hours. After an RV overturned, traffic for the event had backed up into Prineville the day before the festival began. I and my friends, however, in a caravan of ten cars, managed to only have to wait in line for six hours, after showing up at the crack of dawn the day the festival began. Another entrance had been opened to calm the purge of cars waiting to get in. For a festival of this magnitude, six hours is not a bad wait, and around ten hours tended to be the average wait. 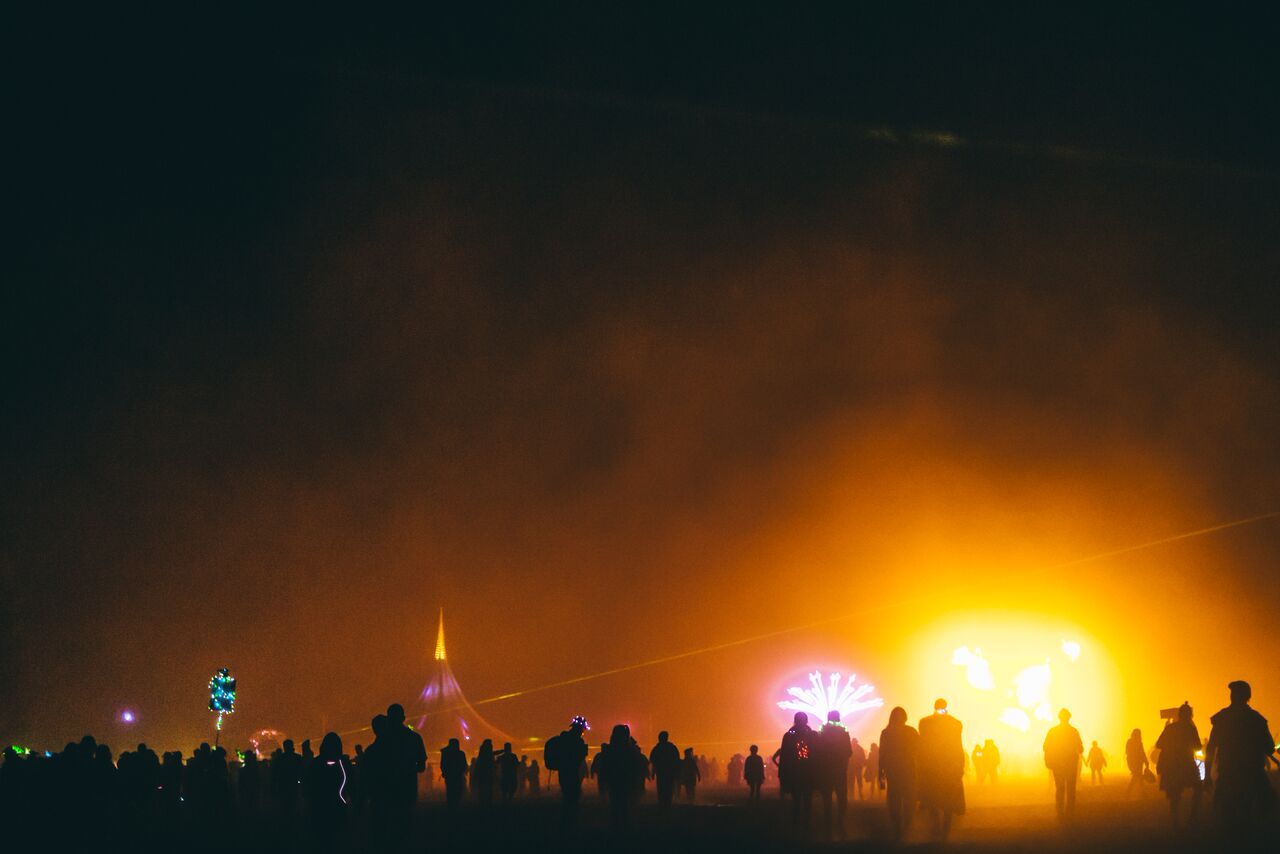 The event was divided into four different camping locations, based around the stage the gate was nearest to: Earth, Sun, Moon, and the oddball Prairie Gate. My campsite, in the area of the Sun stage, has already become infamous on Reddit, due to the fact that the Sun stage was the Psy-trance stage, and some campers perhaps didn’t know what they were getting into when the decided to camp there. Seriously, if you don’t like Psy-trance, then don’t camp near the stage. Camping also featured an entire section for theme camps, so those who perhaps may have been attending Burning Man the next week could get their feet wet for the burn while they attended the festival.

Vending featured anything a young hippie could possibly desire. Every day as I entered the festival I was greeted with the inviting aromas of fresh food that changed and followed you as you walked deeper in. There was fried rice, lobster rolls, at least two different pizza stands, vegan options, coffee, smoothies, the only thing that may have lacked being featured was affordable prices. Hippies don’t have fifteen dollars to spend on a burrito, nor 250 dollars to spend on a jacket. Yet, there were so many merchandise vendors, if you sought to, you could almost certainly find something to take back home with you. The merchandise vendors were as numerous as they were different. There were tons of different styles of clothes, backpacks, and jewelry to choose from, as well as other vendors that sold exclusively less conventional items, such as handcrafted music instruments and lamps. Every piece of merchandise bursted with originality and artistry that highlighted the keepsake nature of what an attendee might have sought in their souvenirs. 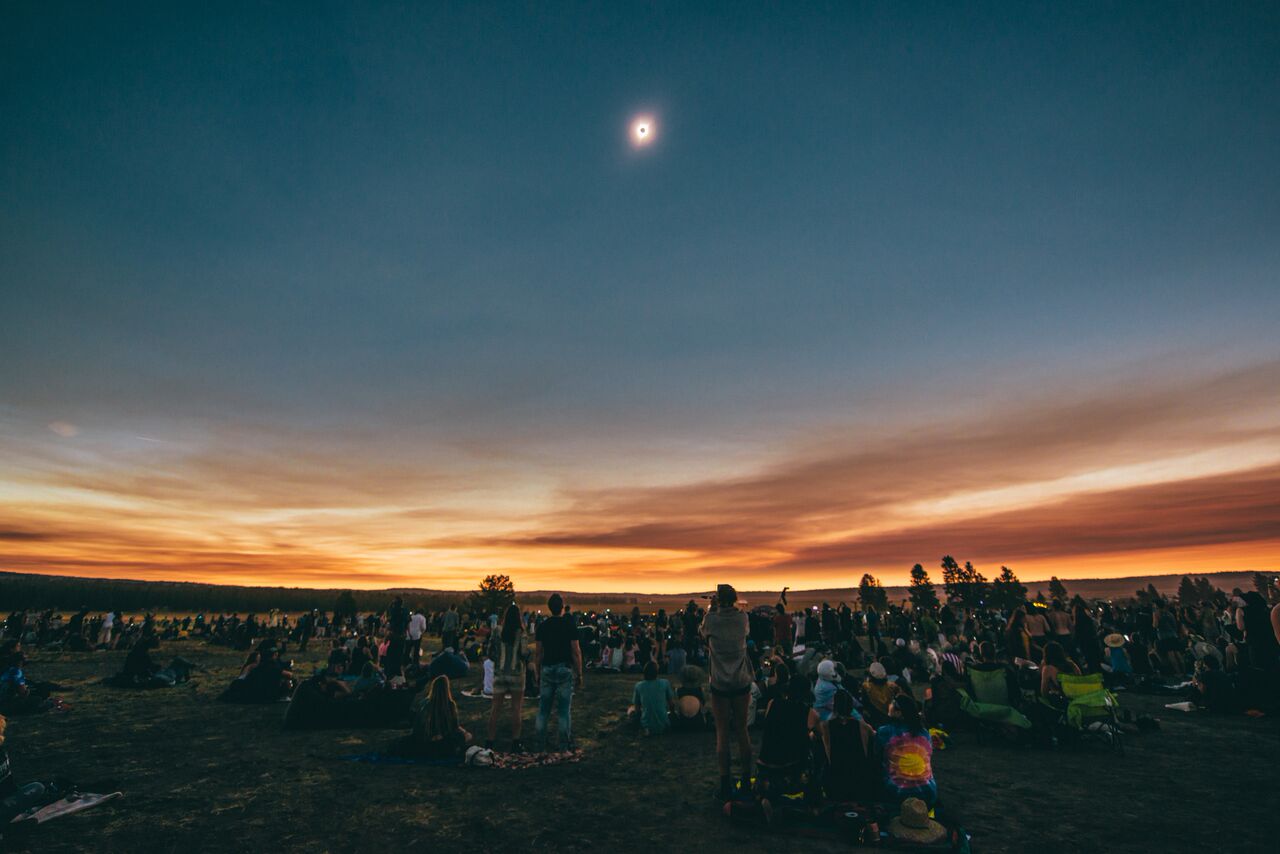 And then there was the art. In addition to the paintings, there was a ton of interactive art pieces present. Meow Wolf had a village set up, wherein you could enter different houses that featured different attractions like a laser harp and a periscope that looked down on to the lake. Not far from there, sat a wheel of fortune, composed of different doors which symbolized Tarot cards. By walking through the door you selected your card, and the room inside had a big book telling you what each meant. Among all the other installations, the number of which I couldn’t possibly remember, there was a featured a giant pyramid, as well as a a portal and robotic looking octopus that both shot flames. Alex Grey was on site with a small army of visionary artists and an art gallery that stretched two stories in height. The gallery featured pieces from artists like Luke Brown and Android Jones, who was also on site showcasing his Samskara and Microdose VR projects. Having covered them in the past , Microdose and Samskara represent the pinnacle of immersive and interactive art, as Microdose focuses on ‘synesthetic sculptures’ you create by dancing, and Samskara takes you through a Virtual tour of the universe in Android’s eyes. Samskara is easily one of the most incredible things I have ever seen.

In the art as well as music, unity and transcendence were constant themes explored throughout the week. The Earth stage flipped the switch on the psychedelic bass vibes, delivering ego shattering temple bass sets from the likes of Kalya Scintilla, Whitebear, Living Light, Land Switcher, Bumble, and a monastic sect of others, while occasionally flipping the script for the heavily glitched out styles of artists like Digital Rust, Spoken Bird, Electrocado, Sixis, and Kilowatts. Yet, there was a stage for seemingly any style of music your Desert Heart could desire, as the Moon Stage pumped out primarily hip-hop and dub, the Sky stage focused on house, and the Sun stage, as mentioned, pelted out psy-trance all day, every day. The lineup was the most thorough and complete lineup of music I have ever seen on one schedule and it is no surprise, when you consider the number of festival producers who had a hand in the event. Time will tell if I ever come across a lineup as thoroughly and undeniably epic as this one. 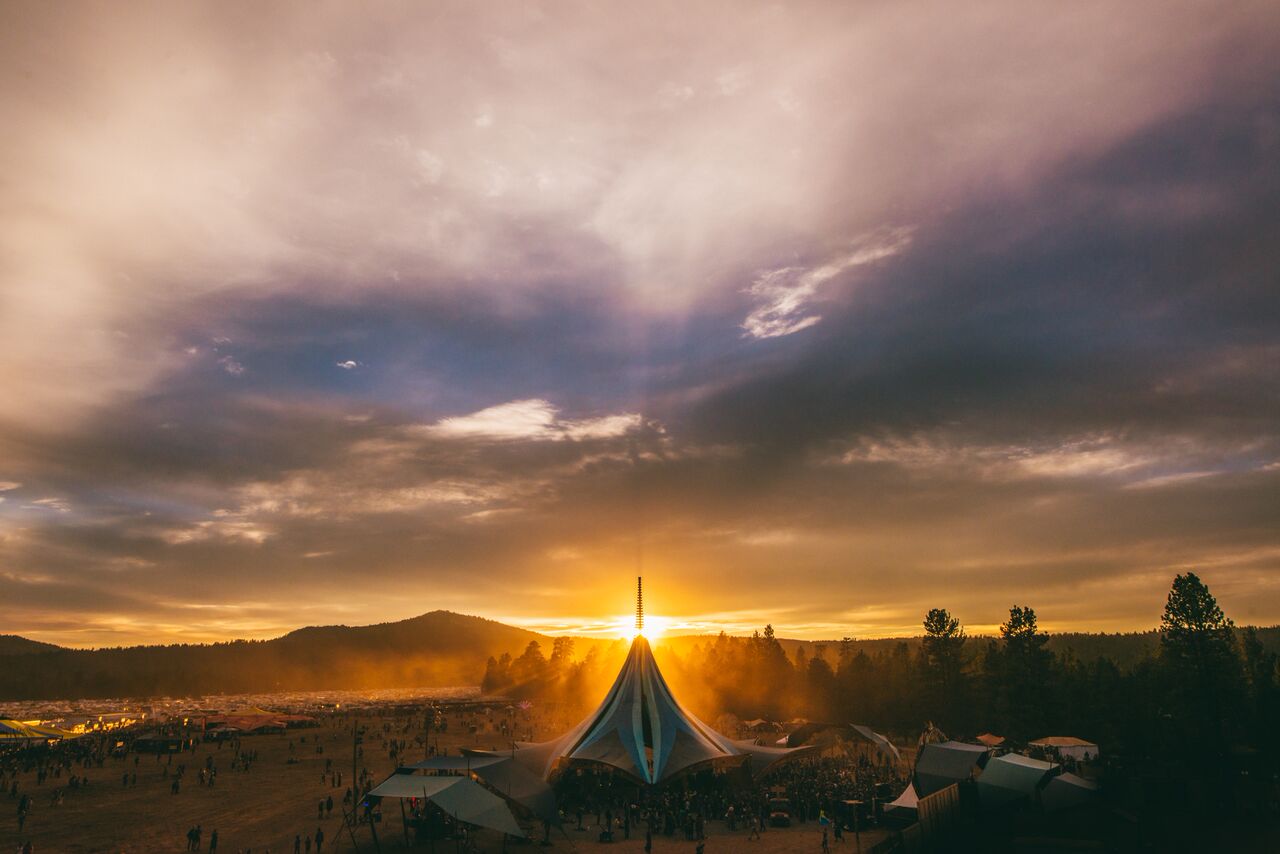 On Monday morning of the event the magic of the whole experience came to a head. After setting an alarm and my phone dying, I awoke to the voice of someone telling his friends, “It’s starting!” Bleary eyed, I made my way alone to the eclipse viewing area. Looking through my glasses, I could make out a sliver of the moon blotting out the sun. The music was off, yet the energy was palpable as everyone made their pilgrimage to the viewing area. Wading through a sea of tens of thousands of unfamiliar faces I was worried I wouldn’t find my friends, yet surprisingly, I found them in no time at all. As we live our happy little lives around the schedule of these astronomical bodies, we remain largely unaware of them as they move through the heavens, yet the morning of that eclipse, I swear to you I witnessed the moon step noticeably and perfectly in front of the sun. A hushed silence dropped awe upon the reverent crowd, as darkness descended upon us in the midday morning, and everyone in its presence began to weep. The glow of the corona seemed to create a series of overlapping spheres around the eclipse, imprinting upon my mind the image of the flower of life, in its natural form. Whether anyone else saw this, I do not know. Somewhere, someone sang holy hymns, elsewhere I heard a collective of voices raising up the sacred syllable aum, yet all around a sublime silence resonated through the crowd, emanating more from within than anywhere else. And then, just as obviously as I saw it move the first time, the sun stepped out from behind the moon and a singular cheer thundered from the crowd of 40,000. It felt like the hiccup of a gasp for breath while the tears streamed down your face, where in that moment everything was perfectly, damnably right with the world. It felt like heaven. It felt like bliss. It felt like victory. In that window of time, lovers would tie the knot. Others would meet for the first time. Perspectives would be shed. Others gained. Lives reflected. Cherished. Embraced.

As you looked around there was the distinct awareness that we are coming together. Whether it be by exploring the One Nation camp site showcasing indigenous cultures, whether it be in considering the international conglomerate of producers who had a hand in putting up this event, or whether it be in the unified experience of art, science, music, and spirituality that was purposefully put forth in this festival, you can sense the presence of a global community itching to take shape. Some say we are entering into a new age, while others would deny such an event. Yet, as I broadcast this message to you, into a box of the worlds knowledge, small enough to fit into your pocket, from half the world away, it is with a half cocked grin of nervous excitement that I tell you, maybe. Just maybe.