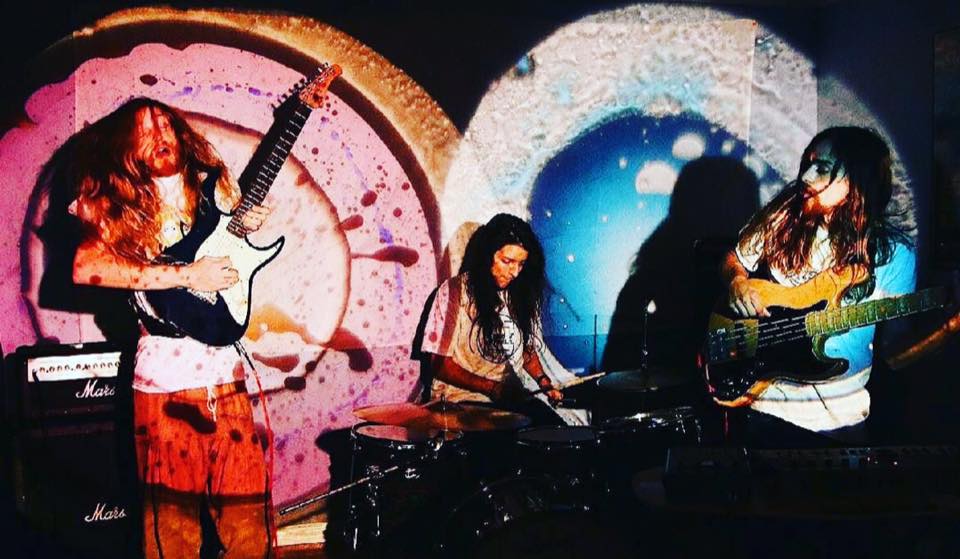 What does it take to perfect your band’s musical chemistry and build a distinctive sound that yields to no drawbacks and turns heads from across the venue? It takes passion, commitment, talent, perseverance, and experience to create a music group that pushes the boundaries of normal expectations. Label artists Verisimilitude know this well, having now played together for a solid decade whilst never becoming less exciting, offbeat, and unconventional.

The San Antonio-based math rock trio can often be found playing shows across Texas, expressing raw emotion through a wild blend of odd time-signatures, soaring guitar licks, and a wall of thumping bass hooks that spark a fire in the heart of the listener. On September 21st, V-tude announced that there will be a show held on Saturday, October 8th at a new venue located in Downtown San Antonio called Ventura in celebration of their project turning ten years old, and the Facebook event page can be found here where you can RSVP and find more information.

In an open statement, the band described their musical endeavor, and being a fan and a friend of these three wonderful people and a dedicated member of their “”Verisimili-crew” I can account for every word of this being wholeheartedly genuine:

“It’s been really cool having the SA local music scene be a part of our upbringing as kids. It and the amazing bands and people in it have really shaped us as individuals. Also it is very strange being so rigorously committed to your best friend and sibling. It’s like a marriage in a way, which is fucking weird. It has also really giving us a strong work ethic. We know how to make things happen now which is cool.”

The anniversary follows a recently released album entitled Bexar Hugs and a string of shows they have played on the road, all of which were probably blown-away by the raw energy and passion is channeled during their live performances. Signature moves are important in making a name for yourselves as a band. When the lead guitarist busts out a floor tom, makes his way into the personal space of the audience, and starts pounding out tribal beats over the psychedelic grooves of the rest of the band whilst dancing around like a maniac, surrounded by spectators who either dance wildly or stand slack-jawed in bewilderment, you know it’s about to get real.

About the Author
Alex Barclay is a freelance music journalist and label representative at TIMEWHEEL. A long time listener of progressive music, Alex has been an active member in the San Antonio independent music scene for years and is also a staff member at Imagine Books & Records, the Loudest Bookstore in Texas.