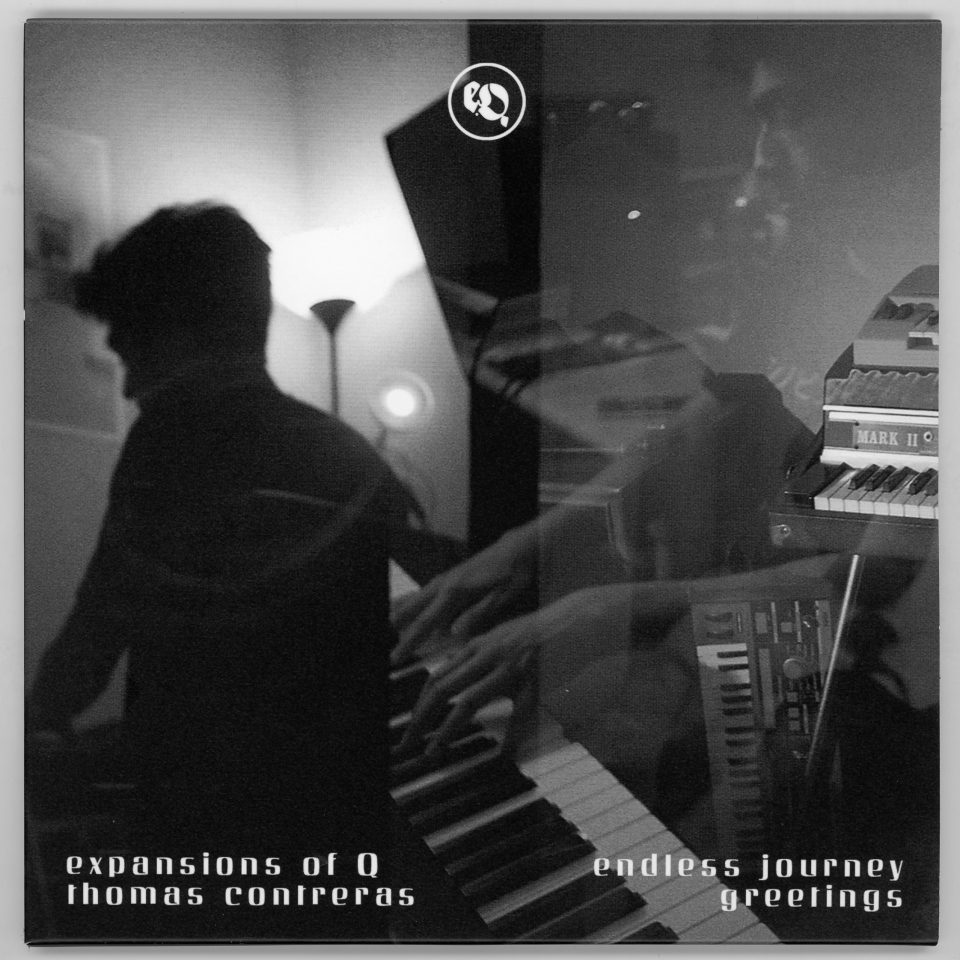 In a slight departure from the signature stylized beat music they have come to be known for, expansions of Q return from the outer reaches with an analogous jazz, space, electronic two-part arrangement.

The first act, aptly titled Endless Journey, features the inimitable Thomas Contreras on keys and zé antonio on drums in what can be described as an improvisational conversation spoken through instrument. In the second act of the record, Greetings, we are met with an eclectic medley of original compositions in which Contreras single-handedly performed and recorded all instrumentation, showcasing his continuous evolution as musician, composer and producer.

The collection is available electronically and in the form of a limited edition 7″ vinyl. The first 70 of the 100 available vinyl copies will include a photographic post card, hand-developed in the darkroom of the elusive ark, and also a first edition expansions of Q sticker.