Poet, actor and musician Saul Williams has announced that he will be delving into the world of comic books with a new graphic-novel titled Martyr Loser King. Williams is creating the illustrative adventure in collaboration with multimedia artist Sorne with a release date set for 2019 via First Second Books. The novel will be a piece of a larger narrative that consists of works in several disciplines, including Williams’ studio album MartyrLoserKing which released last January.

Below is an interview in which Tobias Carroll of Electric Lit had a chance to speak with Williams about the upcoming novel, and the inspiration and intention that formed its cornerstone:

Tobias Carroll: From what I’ve read, Martyr Loser King deals with questions of hacking and surveillance, which are increasingly in the public consciousness. What about them first interested you as a writer? And how did you go about finding your own perspective on them?

Saul Williams: Initially, I would say that I was as interested as anyone else, yet as a witness of the Occupy movement, the Arab Spring, the Y’en A Marre movement in Senegal, and the social eruptions triggered by whistle blowers like Chelsea Manning, I began to believe that we have an opportunity to re-wire society and do away with some of the old school paternalistic ideologies that have defined much of our history. The fact that I started piecing these ideas together, specifically while living abroad and wandering the streets of places like Dakar, Senegal, watching kids devour the new tech while tightening the skin on homemade drums, it became fascinating to think of the fusion of the talking drum and handheld computer….

Carroll: This graphic novel is one of several related projects you’re working on, each of in a different medium. Was there one in particular that you began with? At what point, when starting a project, does the idea of doing something that spans several disciplines come into play?

Williams: This idea began, truly, as a graphic novel. I had just finished reading Habibi by Craig Thompson, which I must credit as the straw that broke the camel’s back, when I determined that I had to write in this format because of the freedom that it would afford me as a poet. The idea had been in the back of my mind for years, the main reason being that I found it intriguing that I could structure a story, create characters, narrative, dialogue, and then throw a poem on the wall as graffiti in the background. What I found most inspiring about the format was the possibility of tangents. Some writers play with this idea through footnotes. I loved the possibility of incorporating tangents into the story, it freed me to think in terms of a more circular narrative.

So, I have this idea which I let take shape in my head without writing much of it down. Simultaneously, I’m listening to music and become inspired enough to power on some instruments and play with some sounds. As the sounds take shape I begin thinking of lyrics and every lyrical idea was contextualized by this story buzzing around in my head. So I began writing music for the story before I actually wrote the story. The music gave a sense of atmosphere and ambiance to the world I was envisioning and I thus found myself working in two mediums at once: a graphic novel and an album.

The question of performance was the next logical step and I began to conceptualize the performance as a play, a musical. Maybe that doesn’t seem very logical from the outside, yet my background and first love is theater, and I wanted to find a way to bring my music into such a space, to deliver a once in a lifetime experience for theater goers and music lovers. I also wanted to find a way to stream all of my creative interests in the same direction and BOOM — Martyr Loser King was born. 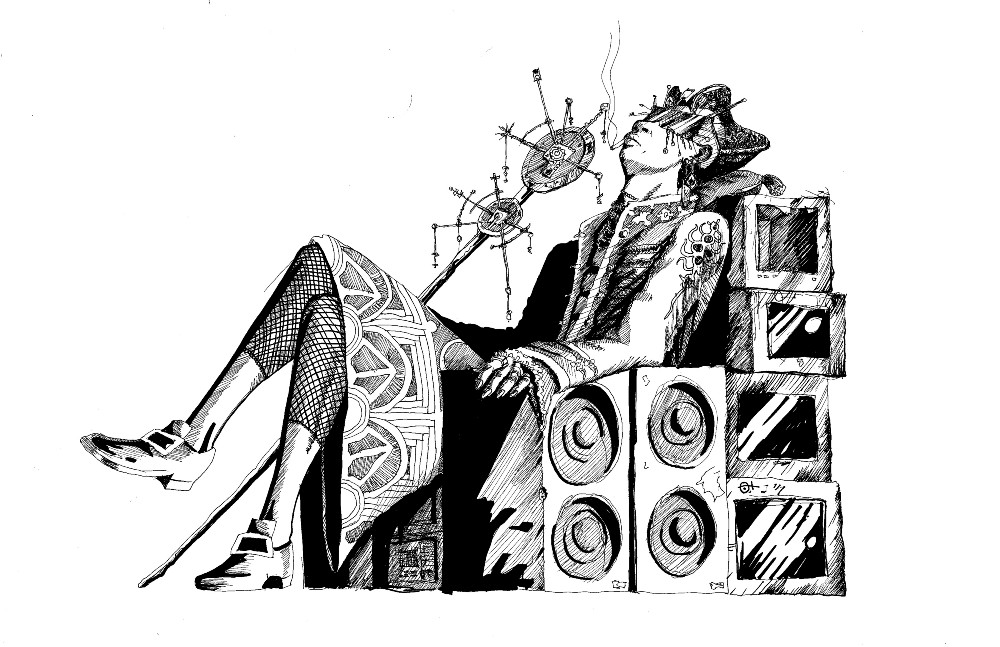 Carroll: Where do your own tastes in comics fall? Are there any books that first sparked your interest in the medium?

Williams: I love the work of artists like Tanino, the mind of Jodorowsky, the simplicity & humor of Jason, the line work Kazuo Koike and Katushiro Otomo… cyber-punk… of course I think my interest in the medium was probably first sparked by Alan Moore.

Carroll: For Martyr Loser King, did you have any touchstones as far as graphic novels that influenced the project were concerned? Some of the artwork I’ve seen has a very science-fictional look to it, like a book that might have come out in the ’80s or ’90s on Humanoids.

Williams: My touchstones weren’t necessarily from the medium, although I really liked the writing of the Transmetropolitan series, for example, I was also inspired by the creative journalism and art in the French magazine XXI and the Pan African magazine Chimurenga, also the journals of characters like Dan Eldon (The Journey is the Destination) and Binyavanga Wainaina.

Carroll: When addressing questions of surveillance and technology, were there any particular books that you found informative or insightful?

Williams: Several. Two of my favorites were Testo-Junkie by Beatriz Preciado (read it and connect the dots) and A Theory of the Drone by Gregoire Chamayou. Aside from books there is, of course, a lot of amazing journalism taking place. 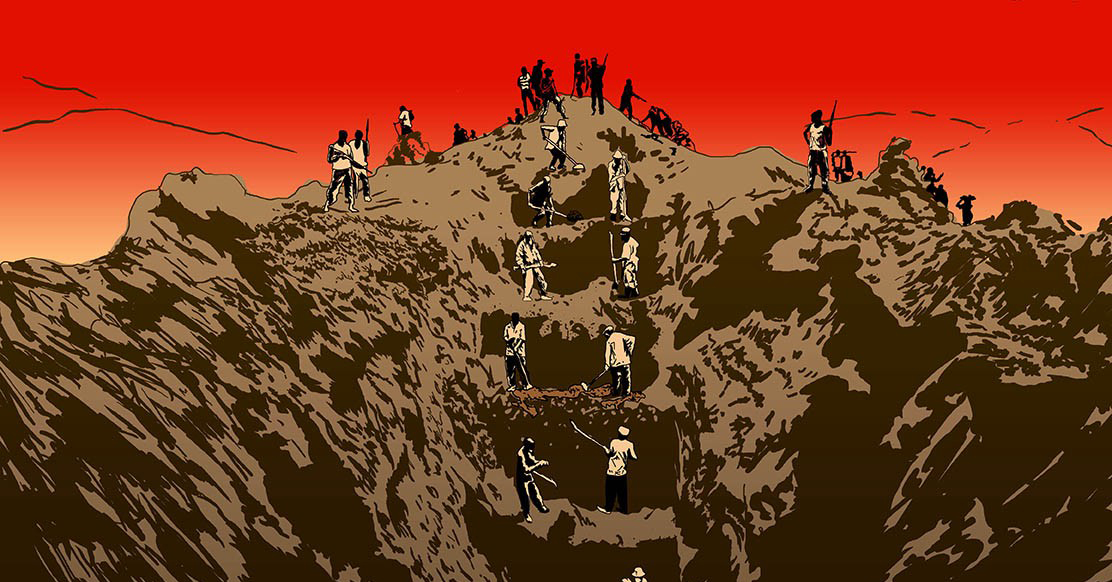 Carroll: How did your collaborative process with Sorne work for this book?

Williams: Working with Sorne has been a truly intuitive process. We met and bonded immediately. In fact, we thought we were bonding over music and poetry at our first meeting and by the end of the day he was already drawing.

Carroll: Has being involved in the creation of a graphic novel changed the way that you read comics?

Williams: Of course. But like the creative process in any medium, the deeper I go in, the more restrictive my diet becomes. Yet there’s a lot of great new work out there and I’m always dipping into comic shops and asking the weirdest worker I can find what I HAVE to read. I’m particulay interested in the growing number of women in the medium and am following the works of artists such as G, Willow Wilson, Valentine De Landro, Kelly Sue DeConnick, Jillian Tamaki…

Check back for more updates on the art and music of Saul Williams.