The title Off The Grid is no misnomer, as Bósa explores stylistic territory just beyond the confines of house music, delivering us to a place of omni rhythmic harmony that truly feels like the future. Where previous releases served as an exploration of Stephan and Sunev’s collaborative potential, Off The Grid presents Bósa as a fully realized musical entity, weaving transcendental soundscapes through a latticework of visceral organic rhythms. It’s the first full album by the duo, comprised of seven evocative and dance-floor igniting original songs. Off The Grid carries us through a range of emotional and stylistic landscapes, which together evoke an almost palpable sense of Universality.

Ambitious in its execution, each track is its own journey, blending a wide range of ethnic influences and conventional instrumentation with absolutely celestial production. The album kicks off with the track ‘Electric Blue,’ a synthetic siren’s song calling us to the shores of beaches yet known. ‘Batucada’ is a flawless fusion of steady beat world rhythm and woofer shaking, urban broken beats that one could call jungle thug. ‘Melange’ is a sultry French vocal-infused, guitar garnished house tune powered by grinding synthetic base. 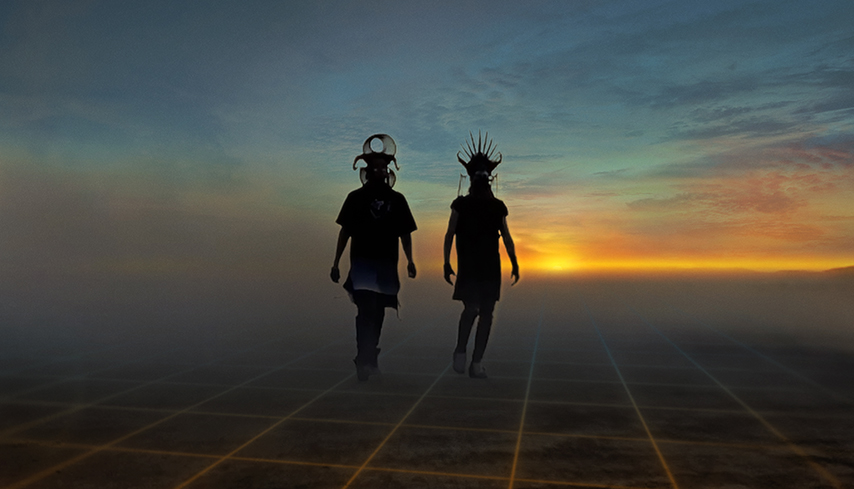 Bósa brings down the tempo for ‘Prowl,’ a churning and sexy steady-beat bass tune featuring haunting vocals and impressively complex flamenco style guitar work. ‘Torn’ is an inspired and completely eclectic tropical house, rock infused gypsy ballad that billows into our ears on a breeze of complete chill. Off The Grid’s penultimate track, ‘Cenote’ sounds as its name would imply: a natural tropical pool where people get down and dirty. The album finishes with ‘Piranha,’ a slightly darker, more mood driven endeavor colored with otherworldly vocals and lonely riffs from a wild western slide guitar.

The duo has an amazing individual story, as well. In the past, Sunev solo traveled across the United States by motorcycle, seeking introspection and inspirations from musical situations of unorthodox origination. Stephan is considered a season veteran within the festival circuit, and he’s the ableton and playback tech for A$AP Rocky.