I created this performance installation based on the idea of Mexican American movement and migration. How do we move? What guides our movement? What is movement symbolized as in our iconography? The Eagle (in Nahuatl translates to Cuauhtli) was the first emblem that entered my mind. Considering that the eagle crest with a snake in its beak is the centerpoint for the Mexican flag and also holds an entire mythological tale of Quetzalcoatl with it, and also that my movement to San Antonio came from a city named after the pathway of the eagle, “Eagle Pass,” it made sense to infuse my journey and many people’s journey within the wings of such a powerful totem. I had a vision of all border-crossers in flight, with ancient memories tied to their wing, freely traversing their land. I was filled with hope over this vision. 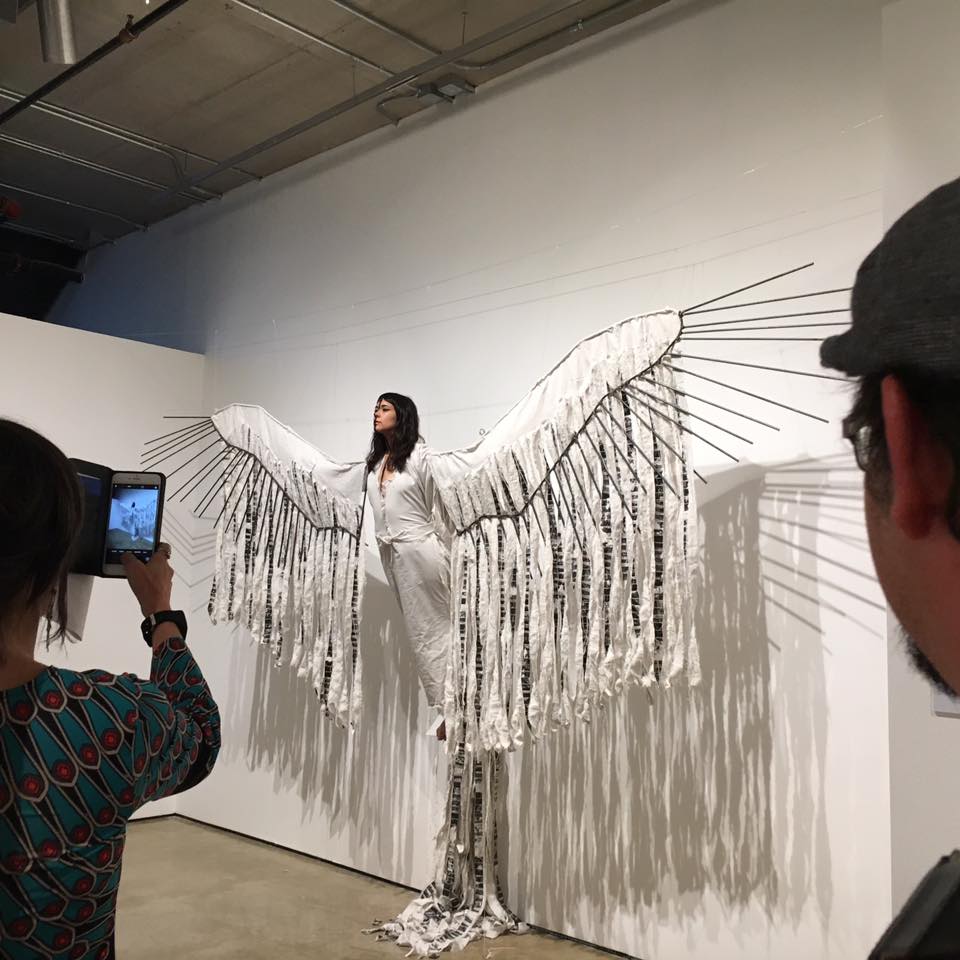 The photographs that make up its wings were taken in movement crossing from Eagle Pass to Mexico and back to Eagle Pass, a voyage that is ubiquitous to thousands of people on a daily basis, and plays an important part in the merging of cultures. The border bleeds within itself and outwards into both lands, and our memories of a dual experience on either side provides our wind, our urge to continue what has been done for centuries before the border existed. Amidst studying Carl Jung and Joseph Campbell, I developed a ritualistic approach that I call “individuation through embodiment,” which gives fundamental purpose to performances and self-portraiture. To embody an animal is to become the animal, to embody an archetypical figure is to adopt its characteristics into the spirit to build on the understanding of its symbolic and physical function for the psyche. In short, it is a way to communicate the multitude of significance within a totem or archetype through empathy, transformation, and the letting go of ego to embrace meaning outside of oneself. 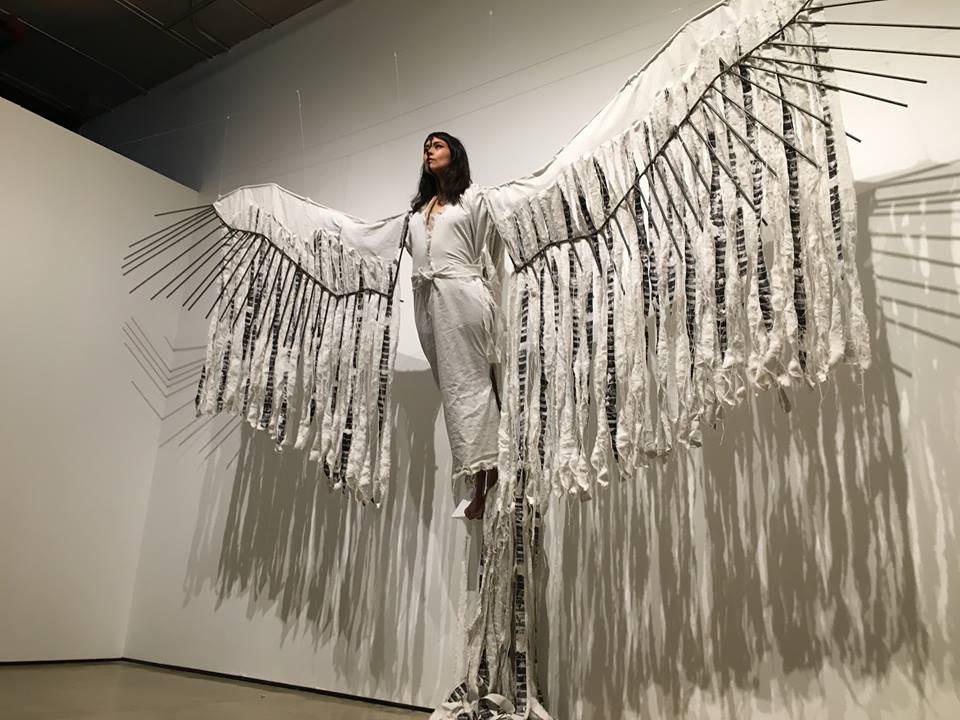 The prayer song is a mantra for entering a state of hope and freedom.
=Cuauhtli Prayer Song=

About the author and creator of Cuauhtli
Daniela Riojas is a writer, photographer, multi-media artist and the front-woman of TIMEWHEEL’s Femina-X. Driven with an indescribable passion in her creative process, Daniela uses her work to not only communicate, but continuously develop the sacred and ineffable bond that she shares with her ancestral lineage. To see and hear more of Daniela’s work, check her out on: