From Shock to Awe asks, ‘how do we heal our deepest wounds?’ An intimate and raw look at the transformational journey of two combat veterans suffering from severe trauma as they abandon pharmaceuticals to seek relief through the mind-expanding world of psychedelics. Recent scientific research coupled with a psychedelic renaissance reveals that these substances can be used to heal PTSD (Post-Traumatic Stress Disorder) for individuals and their families. Beyond the personal stories, From Shock to Awe also raises fundamental questions about war, the pharmaceutical industry, and the US legal system.

The documentary centers on veterans, Matt Kahl and Mike Cooley, and their challenging post-war lives, lives shattered by the trauma of war. The vets personally struggle with anxiety, fear, depression, anger, and an overall inability to find an equilibrium in society and with their families. In order to deal with their erratic emotions and haunted state-of-mind, doctors prescribe intense pharmaceuticals with various side effects that bring them face-to-face with death. In response to the negative impact of traditional Western medicine, both vets begin to use cannabis as an alternative. Although beneficial on many levels, our heroes yearn for deeper healing.

Mike and Matt decide to take ayahuasca, an Amazonian brew traditionally used for healing and spiritual insights. These warriors attend a weekend ceremony filled with hope… and fear of the unknown. Rattles shake, bells ring, flutes play, and a campfire crackles… a ceremony is underway. As images of battle consume their minds, the vets reverently drink the bitter brew several times over a weekend, bringing about profound revelations for our weary soldiers.

Australia! Five days, five cities, From Shock to Awe is coming to you. Presented by the Australian Psychedelic Society, the film is going to be screened in Byron Bay, Brisbane, Adelaide, Sydney and Melbourne. Each screening will be followed by a panel discussion hosted by DMT: The Spirit Molecule director, Mitch Schultz and War Veteran/PRISM Co-founder, Steve McDonald. Join us in spreading the message and bringing awareness to the global plight of post-traumatic stress disorder and the various modalities of plant-based healing that are just now becoming available to our long-suffering veterans.

This particular screening will be brought to you in part by Psychedelic Research in Science & Medicine (PRISM), an Australian non-profit research association that develops, initiates, coordinates and supports formal research into mainstream medical applications of psychoactive compounds. 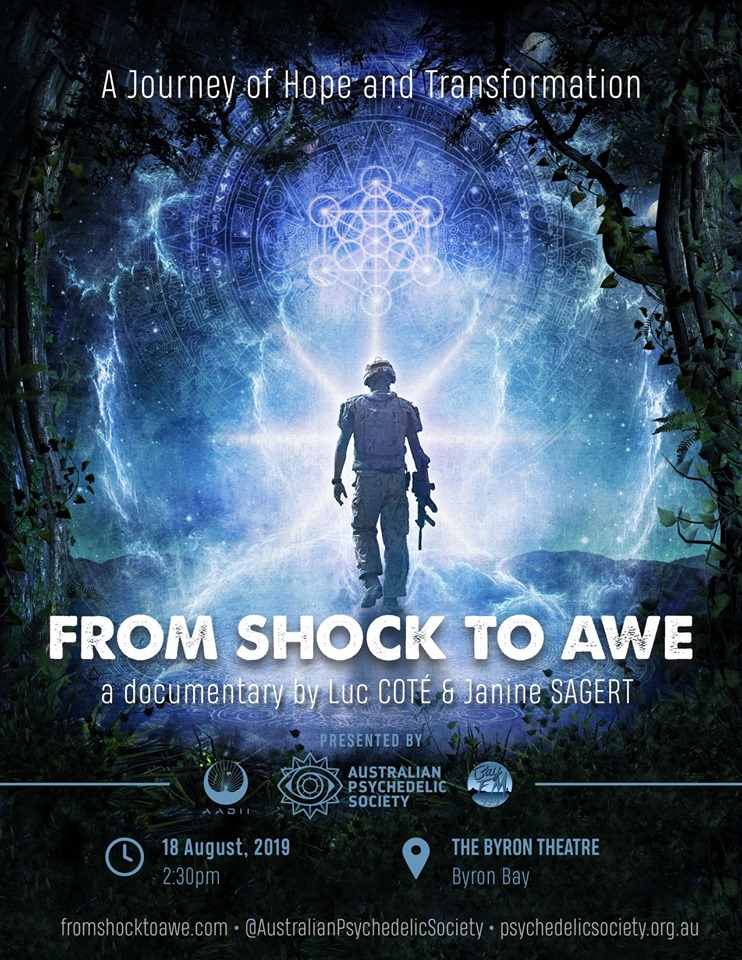 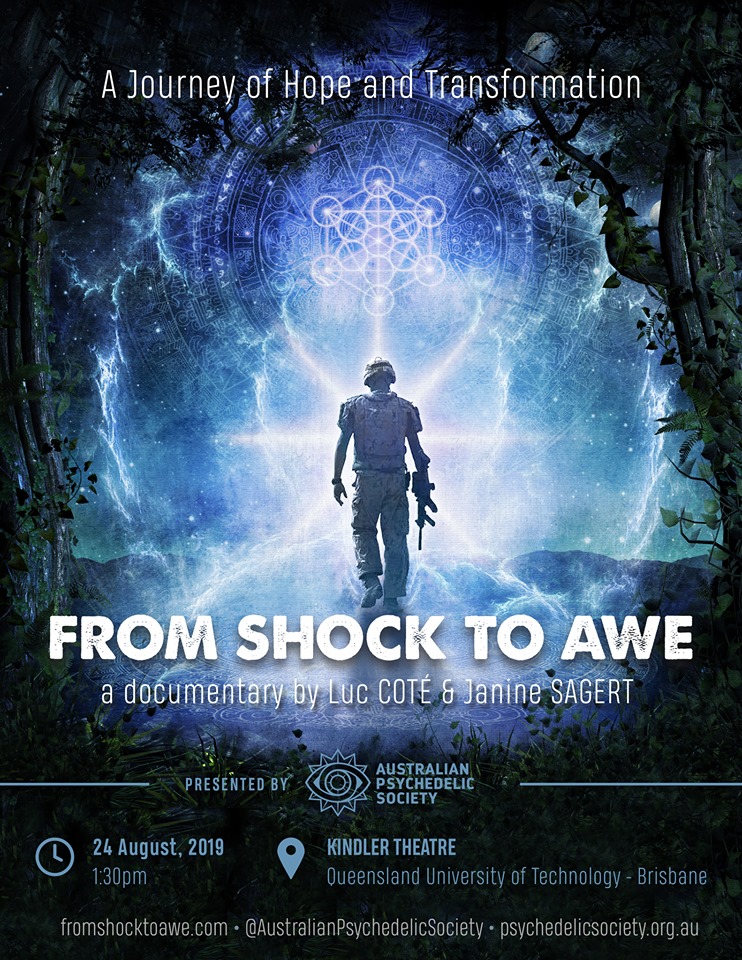 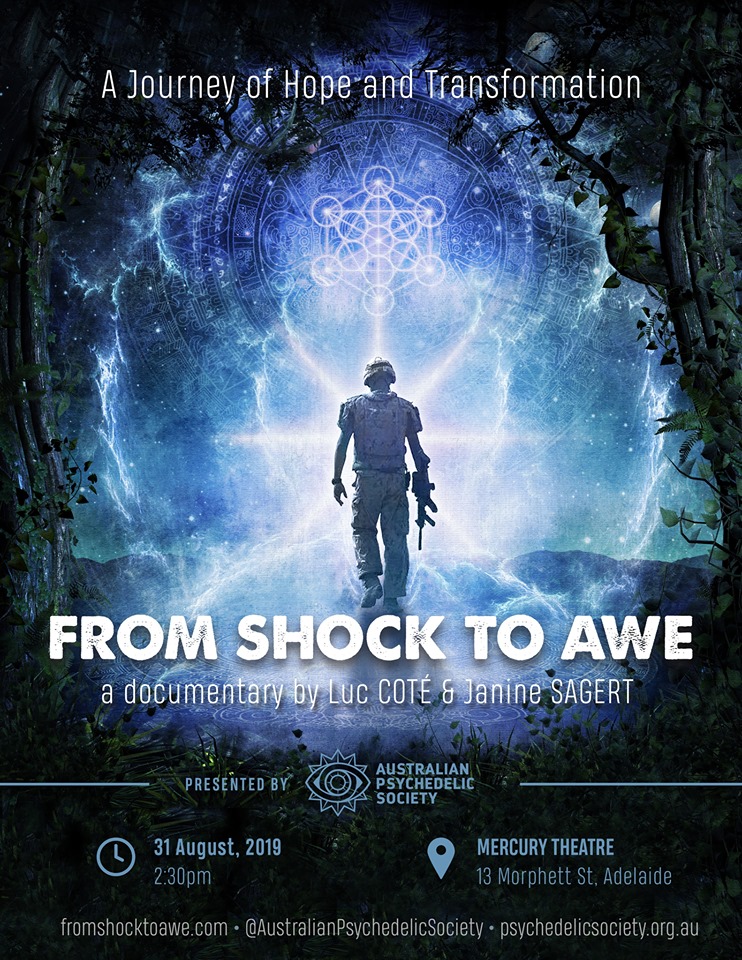 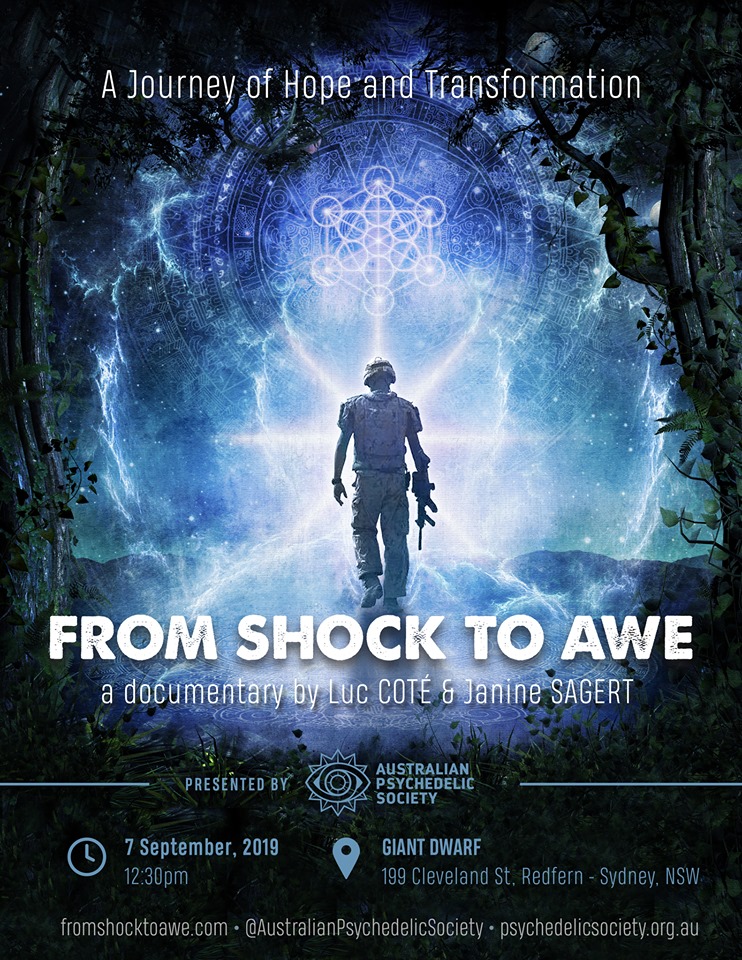 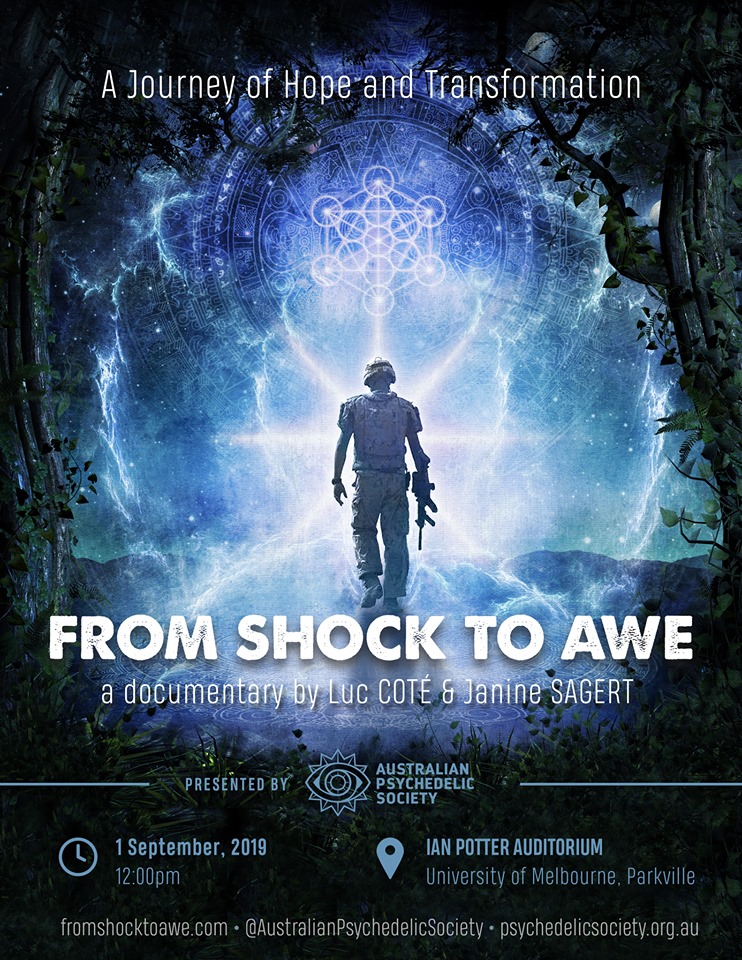 For tickets and additional information about the film, visit:
Screening Tickets | FromShocktoAwe.com | Facebook